Senator Todd Young represents Hoosiers in the United States Senate. He currently serves on the Senate Committees on Finance; Foreign Relations; Commerce, Science & Transportation; and Small Business and Entrepreneurship. A fifth-generation Hoosier, Todd grew up watching his parents work hard in order to support the family. His first jobs were delivering newspapers, mowing lawns, and providing janitorial services at the family business. Todd is a graduate of the United States Naval Academy in Annapolis, Maryland. He graduated with honors in 1995 and accepted a commission in the U.S. Marine Corps. In 2000, Todd was honorably discharged from the Marine Corps as a Captain. While serving in the Marines and working as a business consultant, Todd earned an MBA and his law degree. In 2010, he ran for Congress and served three terms representing Indiana’s 9th District. He was elected to the US Senate in 2016. 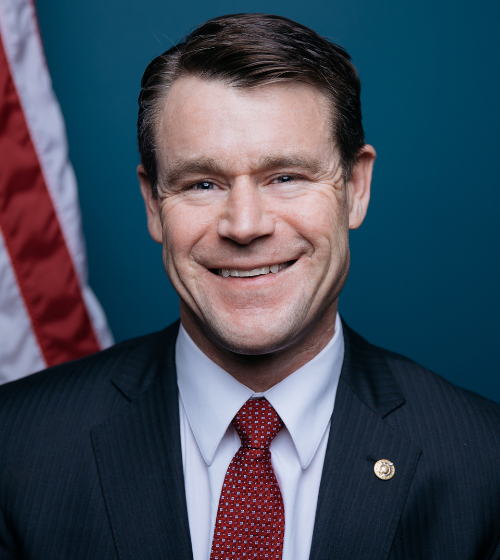