Mark A. Emmert became the fifth president of the NCAA in October 2010. Emmert has implemented student-centered thinking and reform initiatives. He has championed greater support and opportunity for student-athletes in all divisions and sports. His commitment to academic success, well-being and fairness has resulted in several initiatives, such as the creation of the NCAA Sport Science Institute, the Commission on College Basketball and increasing student voices throughout the governance process. Before the NCAA, Emmert was president of his alma mater, the University of Washington, beginning in 2004. Under his leadership, the university rose to second among all public and private institutions in research funding with $1.3 billion in grants and contracts per year. Emmert previously served in many higher education capacities. His administrative appointments include chancellor of Louisiana State University (1999-2004), provost and chancellor of the University of Connecticut (1995-99), provost and vice president for academic affairs at Montana State University-Bozeman (1992-95) and various academic administrative positions at the University of Colorado (1985-92). Emmert is also a life member of the Council on Foreign Relations. He is the former chair of the executive group of the Worldwide Universities Network and served on the National Security Higher Education Advisory Board among others. He is a fellow of the National Academy of Public Administration and was previously an American Council on Education Fellow and J.W. Fulbright Administrative Fellow. 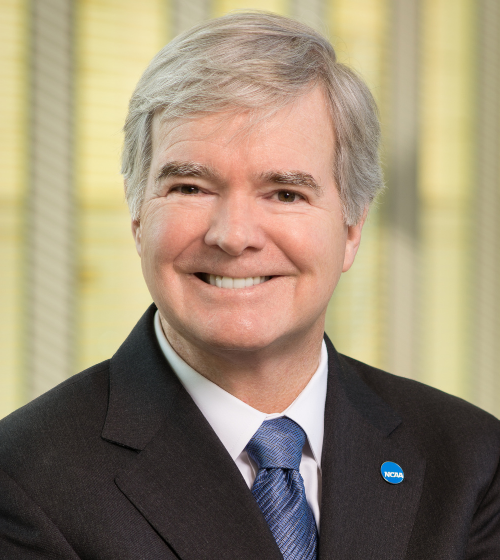