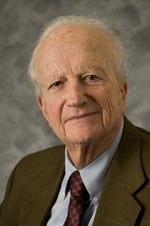 Gary Becker, a pioneering economist and Noble Prize winner, was born the son of Canadian and European immigrants in a small coal mining town in Pennsylvania. Neither of his parents had an education beyond the eighth grade. Becker began aggressively studying math at the age of 16 and earned a bachelors degree in economics from Princeton in just three years. He went on to study under Milton Friedman – who encouraged his use of economic theory to promote social change. In addition to his Nobel Prize, Becker received the National Medal of Science in 2000 and the Presidential Medal of Freedom in 2007. Always on the leading edge, Becker has been blogging since 2004.

Speech Title: The Slow Recovery and Long Run Challenges to the American Economy

Gwen Ifill has a storied 33-year journalism career, working for several of the nation’s largest newspapers and television news outlets. She currently hosts PBS’ Washington Week in Review and is senior correspondent for The NewsHour with Jim Lehrer. Ifill has moderated two vice presidential debates – in 2004 and 2008. Prior to joining PBS, Ifill was chief congressional and political correspondent for NBC News. She is a best-selling author of “The Breakthrough: Politics and Race in the Age of Obama” and has covered six presidential campaigns. In addition to her work as a journalist, Ifill is a regular keynote commencement speaker at some of the nation’s most prestigious universities. She has a reputation for fairness and sharp political insights into the biggest issues of our time. 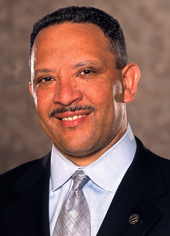 Marc Morial is an accomplished attorney, legislator and executive who has dedicated his life and career to improving the lives of others. In his current role as president and CEO of the National Urban League (NUL), Morial seeks to empower African Americans through job training, education and a host of other initiatives.

One of Morial’s primary initiatives – the National Urban League Empowerment Fund – has pumped almost $200 million into urban impact businesses, including minority businesses, through both debt and equity investments. Morial and the NUL are also a driving force behind wider broadband access in urban communities. “If you’re disconnected from computers, you’re also disconnected from the information that you need to advance yourself and your family,” Morial explains.

Morial earned two undergraduate degrees from the University of Pennsylvania and a law degree from Georgetown University Law Center. He is recognized as one of the top non-profit executives in America. 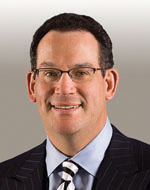 David Simon, CEO of Simon Property Group, keeps a low profile – granting few media interviews and letting the success of his company do most of the talking. The Harvard Business Review recently named him one of the world’s best-performing CEOs. The ranking was based in part on an $18 billion increase in market capitalization and 325 percent shareholder return under his leadership.

Simon became CEO in 1995 after leading the successful effort to take the company public in 1993. An initial public offering of $1 billion made Simon Property Group the largest real estate stock at that time and the shopping center giant remains the largest public real estate company today.

Simon, the eldest son of company founder Melvin Simon, earned an undergraduate degree from Indiana University and an MBA from Columbia University. Following his education he spent six years working for firms in New York before returning to Indiana and joining the family business. 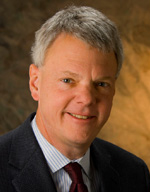 David Johnson has always stood out for his accomplishments – most recently for his ability to bring together business and education leaders to promote the valuable life sciences industry in Indiana.

Life sciences has long been a key industry for Hoosier jobs and economic growth. Indiana ranks in the top five nationally for number and concentration of life sciences careers. BioCrossroads is building on this foundation by connecting key elements of the industry and investing for future growth.

A little about Mr. Johnson’s speech:

Using American Gothic, the iconic image of rural America as his starting point, David L. Johnson will explore how global challenges to our traditional economy of farms and big factories provide new opportunities for the Midwest to emerge as a 21st-century economic powerhouse, particularly in the life sciences sector. 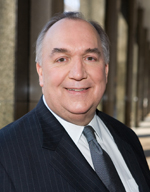 John Engler knows manufacturing. He knows American business. The former three term governor of Michigan knows a thing or two about government and politics as well.

Engler, currently serving as president of the National Association of Manufacturers (NAM), is focused on opening foreign markets to American goods, improving US infrastructure and developing domestic energy. He has served in high level advisory roles regarding US Trade policy for the Bush administration and helped win adoption of the Central America Free Trade Agreement (CAFTA) in 2005.

On the home front, Engler promotes the improvement of US roads, rails, shipping and air transportation. He regularly advocates for domestic natural gas and oil exploration, renewable energy, clean coal and nuclear power to meet the demands of economic growth.

Engler was the youngest person ever elected to the Michigan House of Representatives and served as state Senate majority leader prior to his first election as governor in 1990. He and his wife Michelle have triplet daughters turning 17 this year.