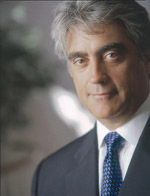 Mark Miles works at the center of economic development in Central Indiana. As president and CEO of the Central Indiana Corporate Partnership (CICP), Miles brings together the area’s most powerful CEOs and university presidents to foster economic growth and create Hoosier jobs.

He is also at center stage of one of the biggest sporting events in the world – the NFL Super Bowl – coming to Indianapolis in 2012. Miles led the bid team which secured the event and is chairman of the Super Bowl Host Committee.

Before taking the helm at CICP, he spent 15 years as head of the Association of Tennis Professionals, the governing body of men’s professional tennis throughout the world. Previously, he had served as volunteer director of the ATP Indianapolis tournament. Miles previously was president of the organizing committee for the 1987 Pan American Games in Indianapolis.

In business, Miles was Eli Lilly’s executive director of corporate relations, which included responsibility for local, state and national government affairs. He was also responsible for starting the marketing division of Compucom Development Corporation in the early 1980s. He has served as the leader at CICP since 2006.

A graduate of Wabash College, Miles has worked on both corporate and philanthropic initiatives throughout his career. 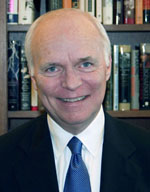 Brian Lamb, a Purdue alumnus and native of Lafayette, has been one of the most influential people in political media for the past 30 years. His C-SPAN cable network has forever changed the way government and politics are covered. The network he created and runs is legendary, but many outside the industry don’t recognize him. Lamb revels in the personal obscurity he helped craft, having never mentioned his own name on air and telling U.S. News and World Report, “No one knew who I was. If I failed, so what?” He is known for his fairness and for gaining unprecedented access to government proceedings. 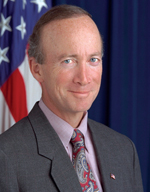 Governor Mitch Daniels has made a career of executing the unexpected. A successful businessman with nothing to prove and a lot to lose by re-entering public service, he took on the challenge. Bucking a nationwide political tidal wave, he secured a large margin of victory in his 2008 re-election campaign. And at a time when most states are dramatically cutting services, Indiana is identified as a leader in economic stability.

Like anyone in political office, Daniels has numerous supporters and detractors. But no one can deny his passion for improving our state. Join us March 24 for the outcomes of the just completed legislative session and what his administration is doing to lead Indiana forward. 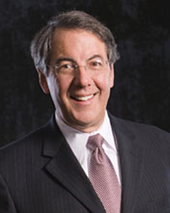 Tom Snyder was a tremendously successful CEO of Delco Remy International – nearly tripling the firm’s sales in 11 years – before taking over the presidency of Ivy Tech Community College in 2007. Ivy Tech – Indiana’s largest institute of higher education – realized revenue increases of $3 million during Snyder’s first year. His experience as a business leader provides him not only with the ability to manage the 23 campus system, but also with a unique understanding of the role education must play in the development of future workforce talent. Snyder’s current initiative of expanding education opportunities to urban and rural areas is improving workforce diversity and will have lasting benefits for Hoosier businesses and students alike. 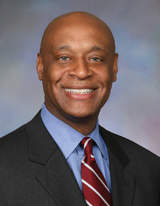 Kevin Chavous is a national education reform leader who helped usher the charter school movement into Washington, D.C. – where more than 20% of public school children now attend charter schools. Chavous – a native of Indianapolis and graduate of Wabash College – favors parental choice as a critical factor in future education success. He blames a lack of significant change in public education over the past 150 years for what he considers a currently broken system. Chavous insists, “If we are to participate in the world-class economy growing at our doorstep, we must do what others have done: We must demand, pay for and manage a sweeping re-construction of our public school system.” 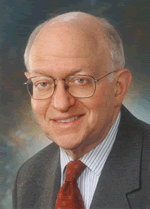 Marty Feldstein has been noted as one of the top 10 economists in the world. Feldstein’s rare skill set generates bi-partisan demand for the former chief economic advisor to President Reagan. He has served both Presidents G.W. Bush and Barack Obama on top advisory boards. As a long time Harvard professor, his former students include some of the most powerful players in modern economic policy. He is an advocate for social security reform, a board member of numerous organizations (including Eli Lilly) and a regular contributor to the Wall Street Journal and other publications. While other economists hedged their bets, Feldstein went on record and identified the U.S. as being in a recession two years ago. His expertise and advice on weathering the storm is regularly sought by governments and organizations both domestically and abroad. 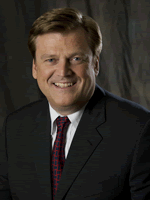 Patrick Michael Byrne is chairman and CEO of Overstock.com, Inc., a Utah-based internet retailer that has been publicly traded since 2002. Under Patrick’s leadership the company’s annual revenue has grown from $1.8 million in 1999 to $760.2 million in 2007.

Before founding Overstock.com, Patrick served as chairman, president and CEO of Centricut, LLC, a manufacturer of industrial torch consumables, then held the same three positions at Fechheimer Brothers, Inc., a Berkshire Hathaway company that manufactures police, firefighter and military uniforms.

In 2001, Patrick began Worldstock.com, Overstock.com’s socially responsible store for products handcrafted by artisans from developing nations and rural areas of the USA. To date, more than $30 million has been returned to Worldstock’s artisan suppliers.

A self described “classical liberal,” Patrick believes that our nation’s future depends primarily on a sound educational system and a healthy capital market. Towards those ends, Patrick serves with Rose Friedman as co-chair of the Milton & Rose Friedman Foundation for Educational Choice, supporting legislative reform to bring educational choice to parents. Patrick has also founded 19 schools internationally that currently educate more than 6,000 combined students.

In 2005, Patrick began a vigorous campaign against corruption in our capital markets through securities manipulation. His stance quickly caught the attention of Wall Street analysts and reporters and remains a point of high controversy today.

Patrick has a black belt in tae kwon do and once pursued a career in boxing. After surviving cancer, he cycled across the country four times. His last ride, in the summer of 2000, helped raise awareness and record-breaking funds for cancer research at the Dana Farber Cancer Institute. 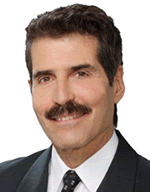 Award-winning news correspondent John Stossel was named co-anchor of “20/20” in May 2003. He joined the highly acclaimed newsmagazine in 1981 and began doing one-hour primetime specials in 1994.

In addition to longer in-depth reports for “20/20” on subjects ranging from addiction to parenting issues in his “Family Fix” segments, Stossel is featured in a recurring segment entitled “Give Me a Break.” These short commentaries take a skeptical look at a wide array of issues, from pop culture controversies to censorship and government regulations.

Stossel’s specials tackle issues that face Americans today. They consistently rate among the top news programs and have earned him uncommon praise: “The most consistently thought-provoking TV reporter of our time” said the Dallas Morning News, while the Orlando Sentinel said he “has the gift for entertaining while saying something profound.”

Five of these specials have been adapted into Teaching Kits by In The Classroom Media (a nonprofit organization) in cooperation with ABC for use by high school teachers to help educate their students about economic freedom. These kits are now being used by over 25,000 teachers in over 35 percent of the schools in the United States, reaching over 4.2 million students per year.

Stossel has received 19 Emmy Awards. He has been honored five times for excellence in consumer reporting by the National Press Club. Among his other awards are the George Polk Award for Outstanding Local Reporting and the George Foster Peabody Award.

In his early years at ABC, Stossel was consumer editor at Good Morning America. Prior to that he was a consumer reporter at WCBS-TV in New York City. He began his journalism career as a researcher for KGW-TV in Portland, Ore. Stossel is a 1969 graduate of Princeton University, with a B.A. in psychology. 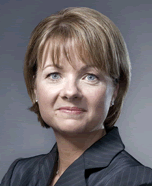 Angela Braly is president and chief executive officer of WellPoint Inc. and a member of the company’s Board of Directors.

WellPoint is the nation’s largest health benefits company in terms of medical membership, with approximately 34 million Americans nationwide covered through its affiliated health plans. In 2008, WellPoint generated operating revenue in excess of $60 billion. WellPoint’s mission is to improve the lives of the people it serves and the health of its communities through simplifying the connection between health, care and value.

Ms. Braly, who began her career as a lawyer in private practice, was also previously president and CEO of Anthem Blue Cross and Blue Shield in Missouri, managing all aspects of the business and setting strategies to exceed customer needs.